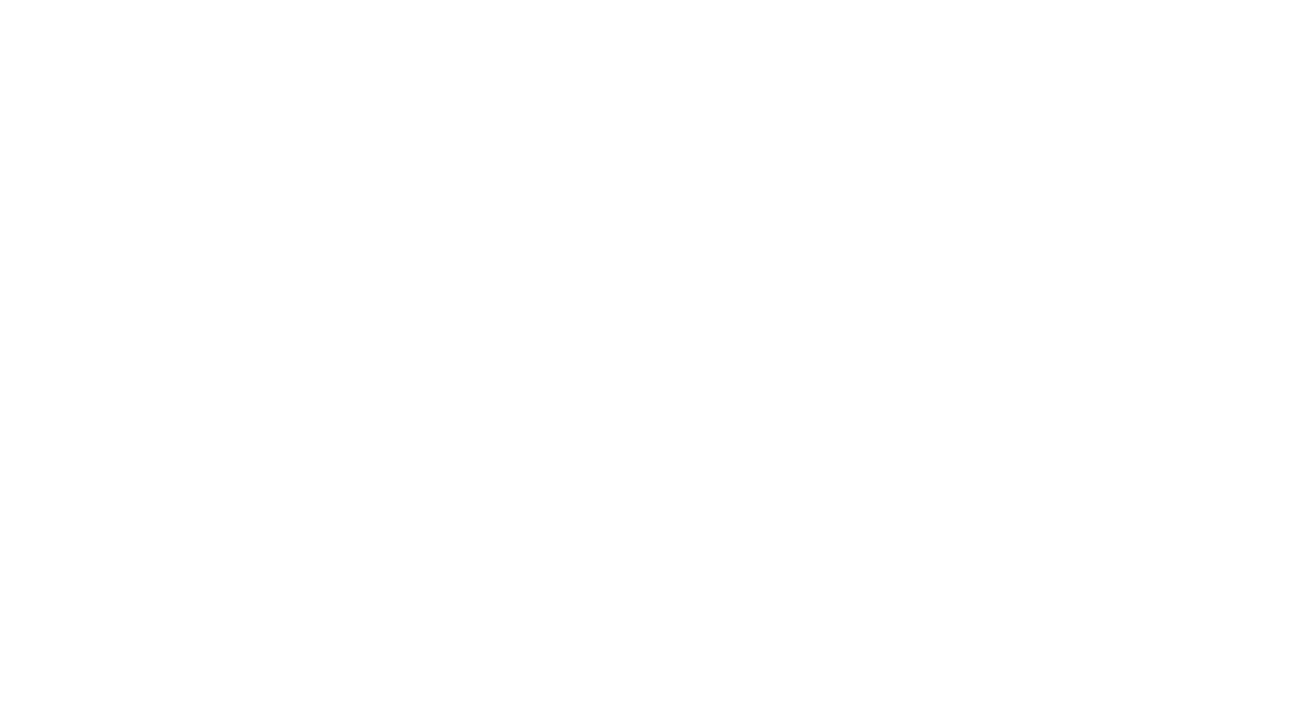 Since the 13th century

The story of La Dîme 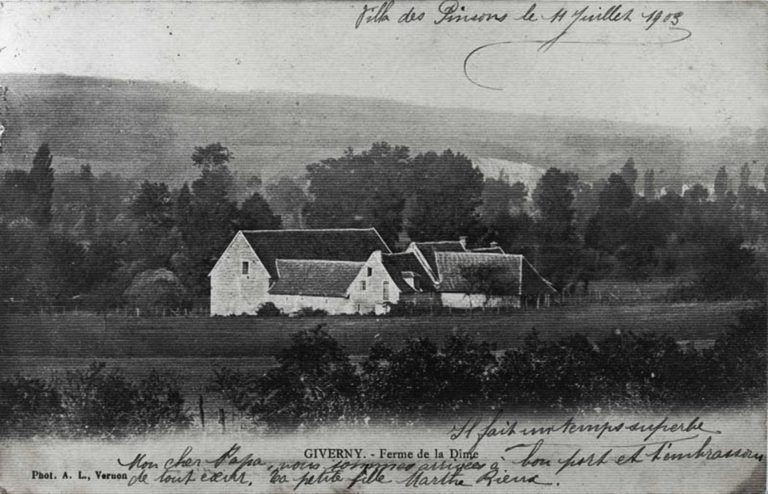 In the 13th century

As is the case with all the Dimière barns, La Dîme De Giverny – a 13th century construction – was built in order to store the tithe (Dîme), a tax intended for the Catholic Church. Thus, before the revolution, one tenth of all cattle and crop was taken from the farmers. The Dîmière barn served to protect these harvests from the bad weather before they were redistributed to their beneficiary, the secular clergy of the Abbey of Saint-Ouen of Rouen. But with the fall of the Ancient Régime, during the Revolution, the barn lost its secular utility and was transformed into a farm building. 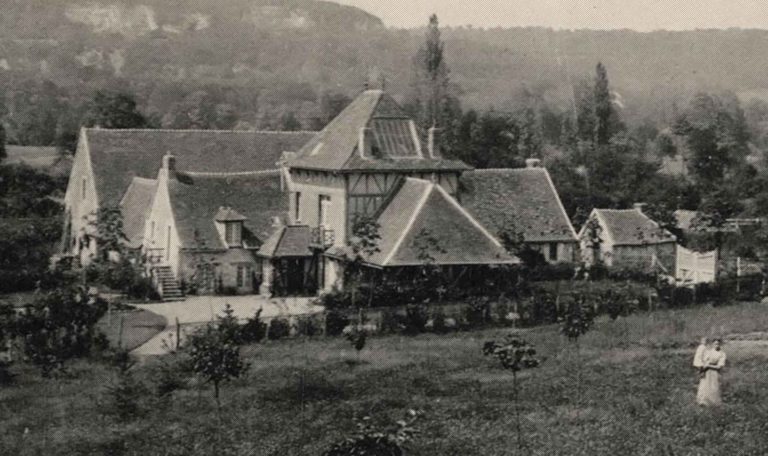 In the 20th century

At the dawn of the 20th century, the building was acquired by Féron Establishments, a company of gardeners and horticulturalists, who transformed this rustic farm into a spacious family house. The owners also added a wide square tower endowed with a large window. This space was most likely used as an artists’ studio which was probably of use to the painters who made Giverny famous during their stays in the village. It is known that Albertine-Louise, the Féron’s daughter, was repeatedly used as a model to Frederick Carl Frieseke.

When Albert Féron died in 1916, Albertine-Louise inherited La Dîme, which she sold at the beginning of the 1920s. The house became the property of Teddy Toulgouat, son-in-law of Theodore Earl Butler, the American impressionist painter. With his wife Lilly, Teddy received not only painters, but also many other artists of the time in his house. From May 1923, Louis Aragon settled down for a while with his fiancée of the time, Nancy Cunard. Michel Leiris, as well as Isadora Duncan, were also regular visitors of the place. 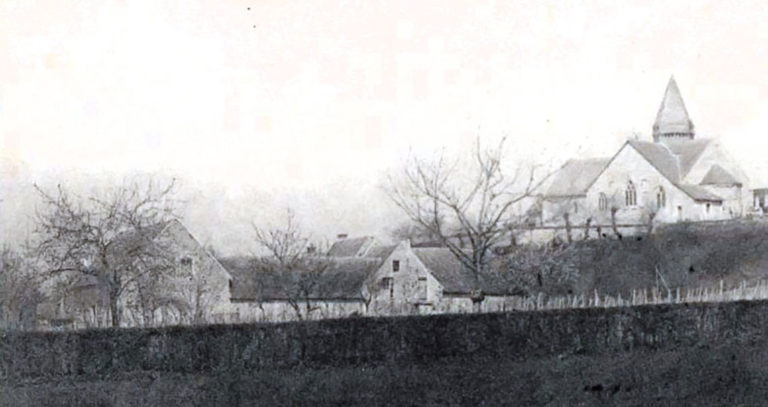 From the 1990s the house is left in abeyance … For more than twenty years, La Dîme remained uninhabited, left abandoned to the bad weather until 2014 when it was acquired by the Bonnet family who, after important restoration work, brought the place back to life by transforming it into a Guest House and a reception hall.

Guests are always made to feel at home in the main part of the building. You can relax in the large beamed reception hall or pass your time in the sitting room.
You can wander freely from the courtyard to the terrace and into the garden where you can enjoy sunbathing in deckchairs or take a quiet walk.
Both children and adults can find space to play, converse, rest peacefully, read or meditate.
Discretion is one of the great assets offered by La Dîme De Giverny. 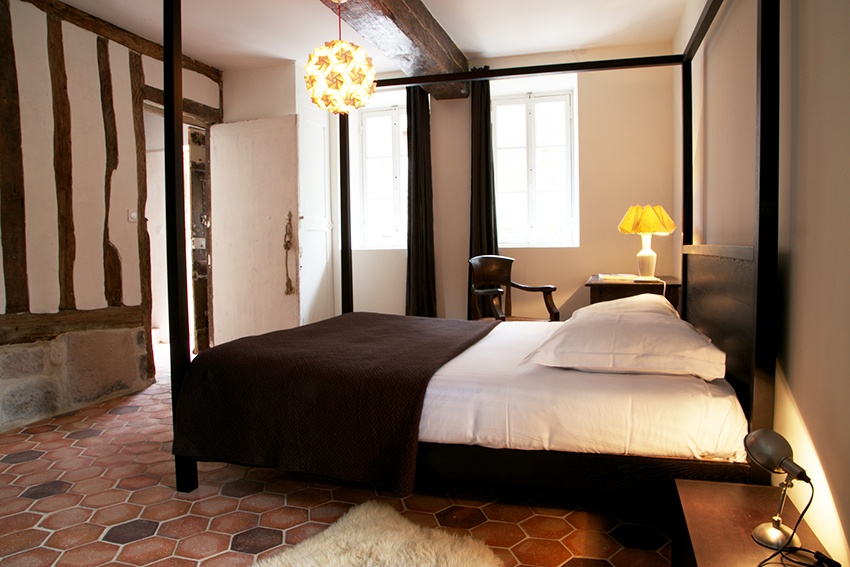 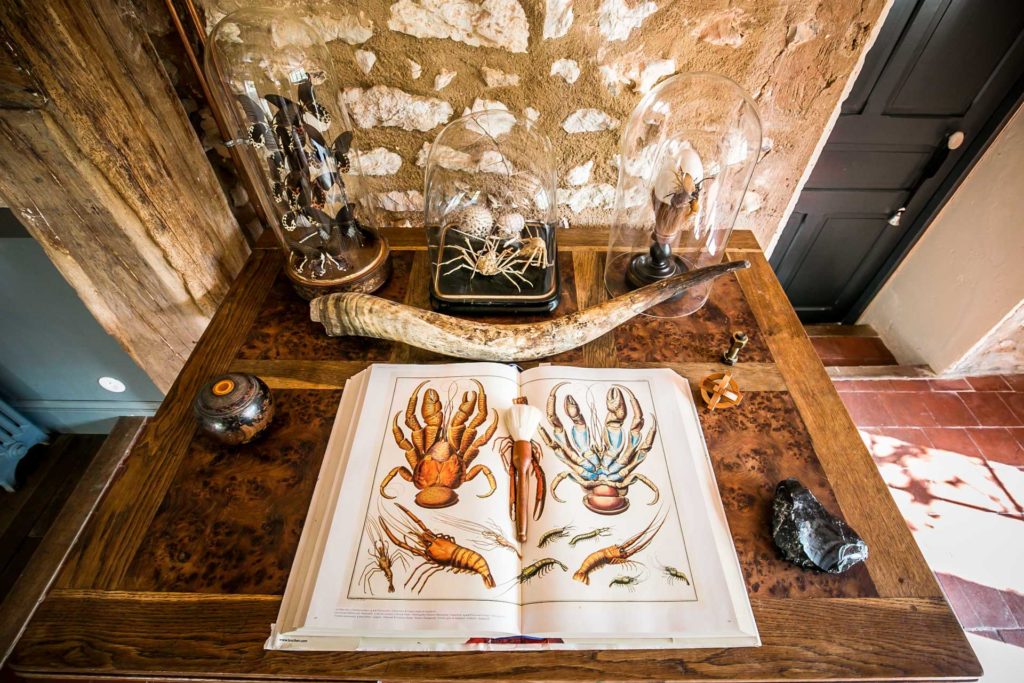 Getting back to a certain state of mind.

The oldest part of La Dîme De Giverny is used as the reception of guests, and spreads around a paved courtyard. The new owners wanted to emphasize the characteristics of the various series of linked rooms and underline its original architectural features The discreetly eclectic furniture mixes some contemporary creations with elements of retro spirit. A sophisticated simplicity has been favored, suggesting the continuity of a passed lifestyle to the present.
© Copyright 2020 La Dîme de Giverny – Tous droits réservés. Mentions légales. Site par Agence Visiblement Net – Rouen